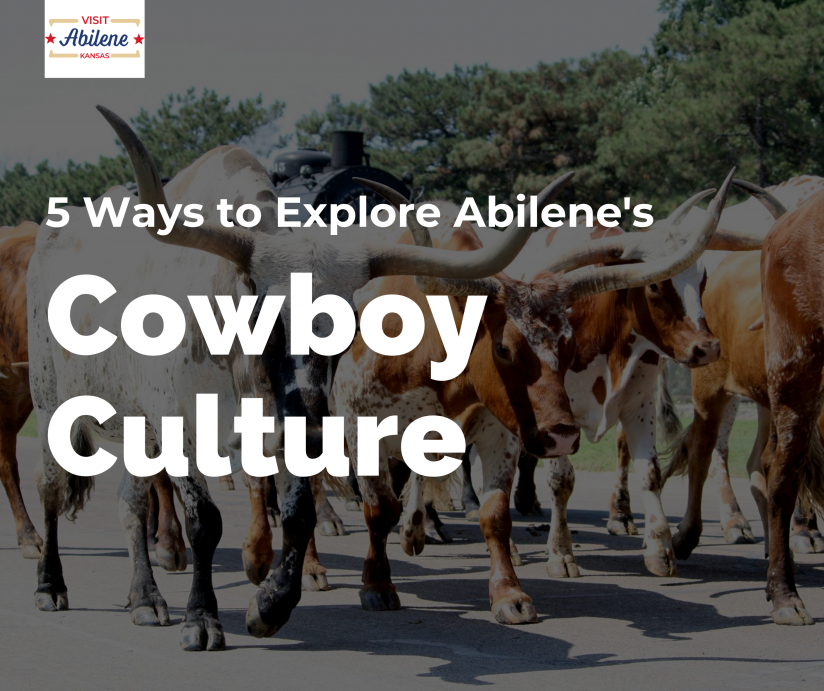 Visit these sites to learn about life as a cowboy and Abilene’s Wild West history when millions of longhorn cattle were herded up the Chisholm Trail here from Texas to be shipped east by rail: 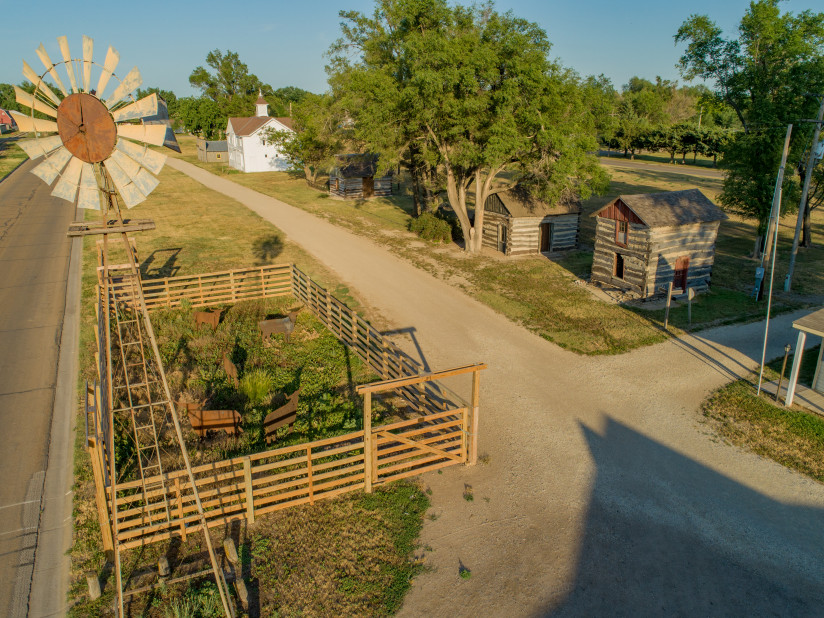 Watch can-can dancers while drinking sarsaparilla inside the Alamo Saloon in this replica of Abilene when it was a cattle town. Gunfight re-enactments in the street occur April through October and can-can dancers begin performing in May. Inside the Great Western Cattle Co. stands a model of historic Abilene. There’s also the Merchants Hotel, W.R. Wilson General Store, church, carriage house, cabin, and other historic buildings. 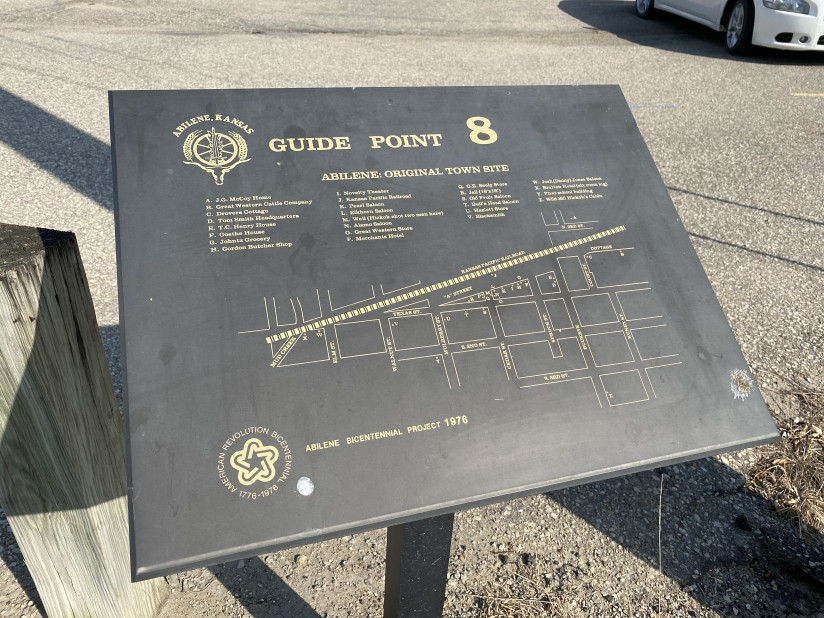 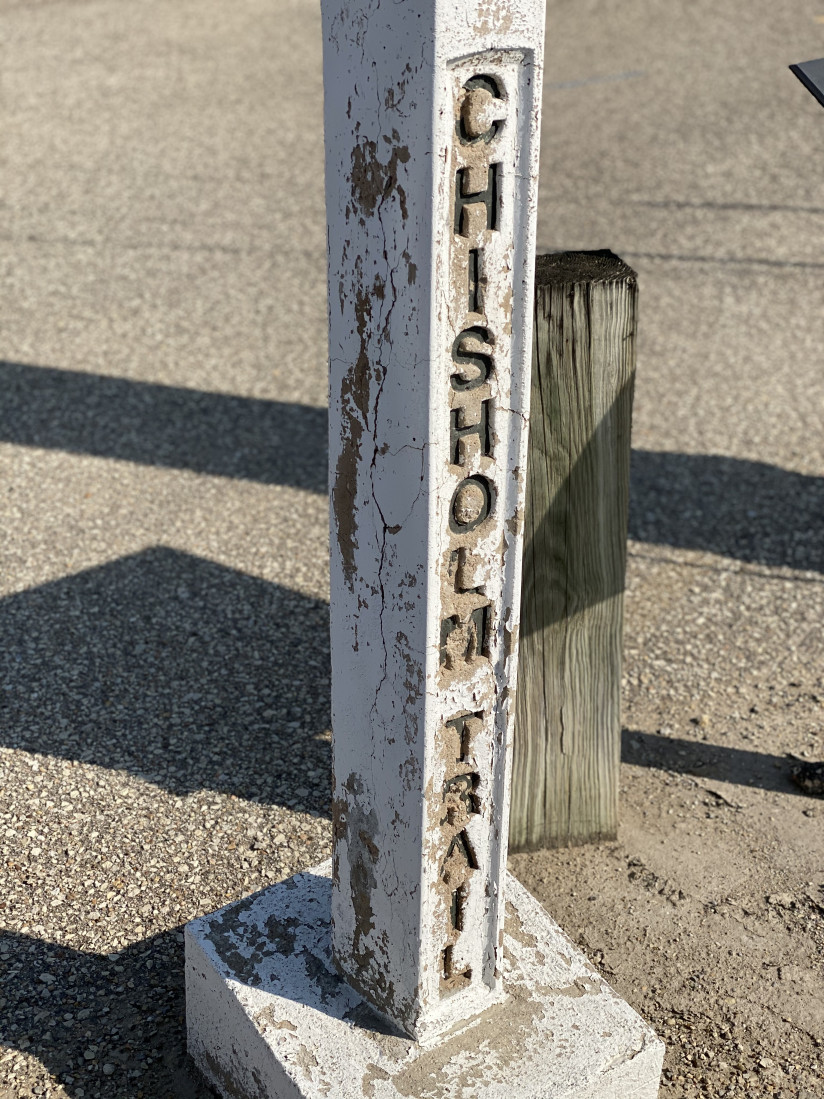 View a map of the original Texas Street, made famous by cowboys who, after driving herds of longhorns here from Texas, celebrated by frequenting the saloons and other businesses that operated in the late 1860s when Abilene was at the end of the Chisholm Trail. 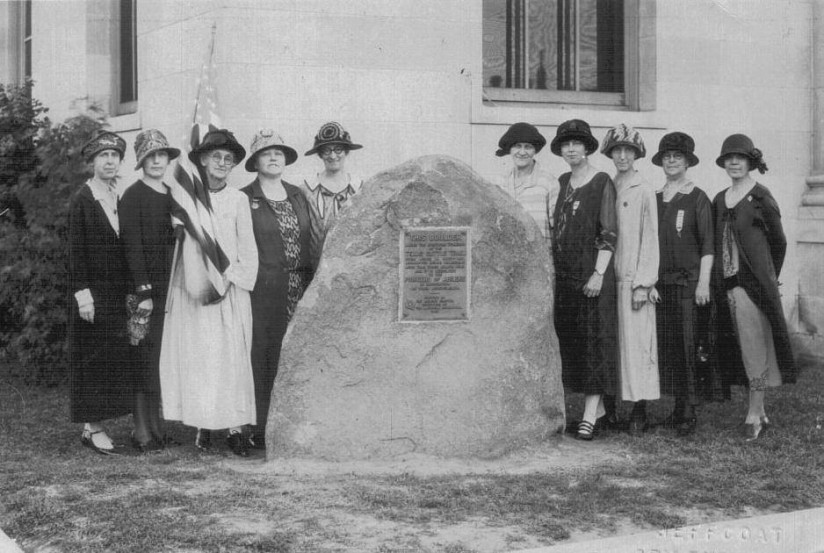 A boulder with a sign erected in 1926 marks the historic Cattle Trail that brought millions of longhorns from Texas to Abilene for shipment east by railroad. The marker was placed by the Abilene Chapter NSDAR.

This excursion train, when pulled by a steam engine, reflects the mode of transportation that shipped longhorn cattle to markets in the east in the late 1860s. The train travels through the Smoky Valley in which the longhorns may have grazed after their long journey from Texas. From May through October, a diesel-electric engine pulls the train on rides that depart at 10 a.m. and 2 p.m. on Saturdays and at 2 p.m. on Sundays, while the steam engine operates on holidays and during special events. 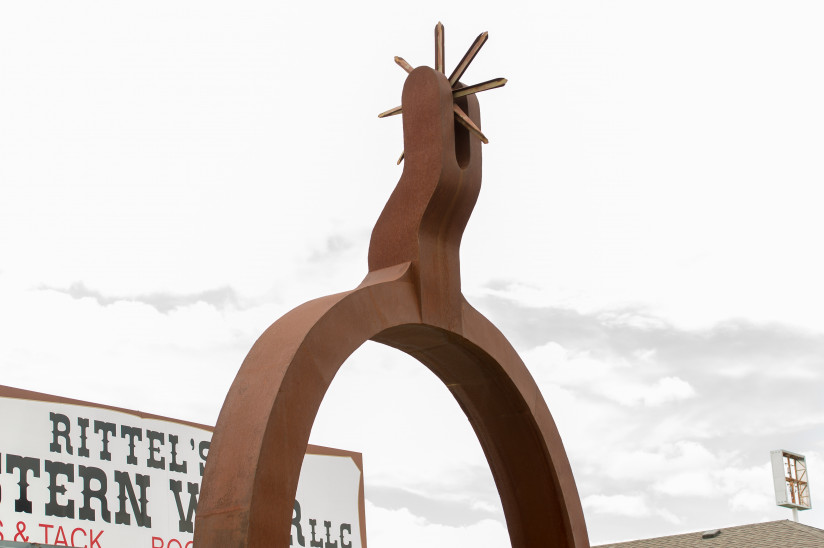 Created in correct proportion to a cowboy’s spur worn on the heel of each boot, this metal piece of art stands 28 feet high and weighs one ton. It was certified as the World's Largest Spur by Guinness World Records until 2017. Step inside the store to purchase your own cowboy or cowgirl attire, tack, and home décor.