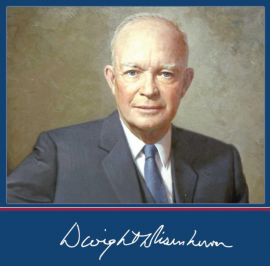 The 2020 Winter Film Festival begins Sunday, January 12 at 2 p.m. The series continues each Sunday through January and February in the Eisenhower Presidential Library Visitors Center Auditorium at 200 SE 4th Street, Abilene. The free films are open to the public. Registration is not required.

January 26 | 2 p.m.: The Peanut Butter Falcon | PG-13. A young man with Down syndrome escapes from a residential nursing home and befriends a wayward fisherman on the run. As the two men form a rapid bond, a social worker attempts to track them.

February 2 | 2 p.m.: Maiden | PG. The story of how Tracy Edwards, 24-year old charter boat cook, became the skipper of the first ever all-female crew to enter the Whitbread Round the World Race in 1989.

February 9 | 2 p.m.: The Biggest Little Farm | PG. An environmental advocacy documentary with a side dish of hope for the future, the film follows two dreamers and a dog on an odyssey to bring harmony to their lives and the land.

February 16 | 2 p.m.: On the Basis of Sex | PG-13. An American biographical legal drama based on the life and early cases of Supreme Court Justice Ruth Bader Ginsburg.

The 2020 Winter Film Festival is made possible courtesy of the Arts Council of Dickinson County.