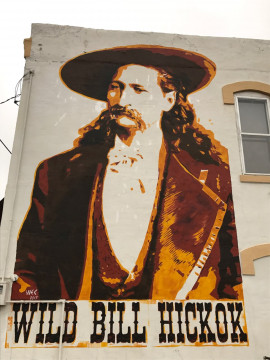 Like most Old West icons, gunfighter “Wild Bill” Hickok is shrouded in myths. He likely started many of them.

A teller of tall windies, he was quoted as saying, “I would be willing to take my oath on the Bible that I have killed over a hundred, a long ways off.”

After he told a particularly impossible adventure, someone would invariably ask him, “But Bill, how did you escape?”

A poker-faced Hickok replied, “I didn’t. I was killed.”