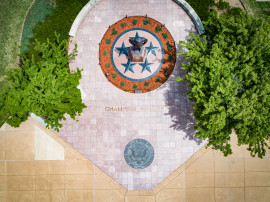 Get to know Dwight D. “Ike” Eisenhower, the Kansas-raised soldier and statesman who led the historic D-Day invasion of occupied Europe in World War II and served two terms as president during the Cold War 1950s. The Eisenhower Presidential Library, Museum and Boyhood Home in Abilene is completing a major renovation of its permanent galleries and exhibits, the first since 1971.