HomePlan Your VisitHave an Adventure 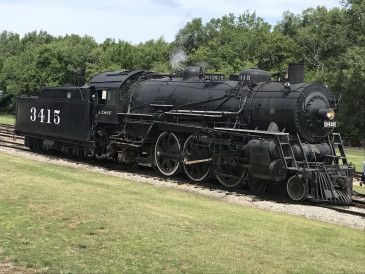 This is the only operating steam locomotive in the State of Kansas and is one of only three operational, former Santa Fe steam locomotives. Plans are that the steamer will operate about once a month on special weekends on our five-mile-long track, a former Rock Island Railroad branch, through the Smoky Hill River valley between Abilene and Enterprise, Kansas.