On June 4, 1952, then-General Dwight D. Eisenhower announced in his hometown of Abilene that he was running for president of the United States. These images are from a TV ad promoting his candidacy. The presidential ad "I like Ike" was produced by Walt Disney's brother Roy, using music by Irving Berlin. This was the first presidential election that incorporated television advertising.

These images are mounted on the east wall of the Sunflower Hotel. From this hotel's balcony (since removed) Eisenhower watched a parade on June 6, 2952, in honor of his homecoming. 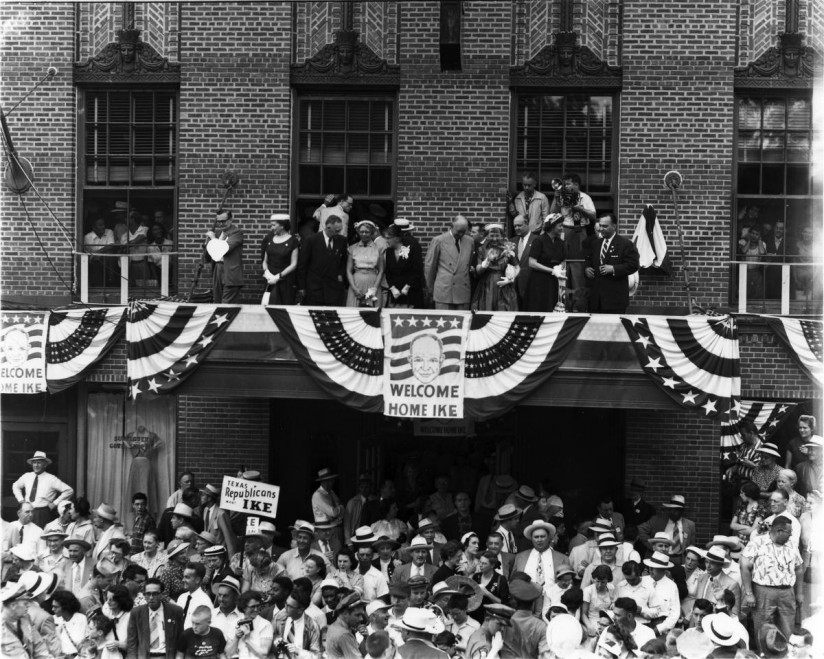 The art installation is a project of the Arts Council of Dickinson County.